Find traditional instrumental music
This is the stable version, checked on 2 January 2020.
Jump to: navigation, search

Back to Charleston No. 2

CHARLESTON NO. 2. American, Reel (cut time). USA, Mississippi. C Major. Standard tuning (fiddle). AB: AABB. This ragtime-influenced reel was composed by Willie Narmour (1889-1963, Carroll County, Mississippi) and recorded by he and playing partner "Shell" Smith in September, 1929, in New York City, with a 'B' side of "Carroll County Blues No. 2. Both recordings were attempts to increase sales by tying the titles to an earlier very successful Narmour and Smith recording, a surprise hit. The tune was later recorded by potato farmer and fiddler Hoyt Ming (1902-1985), from Choctaw, Mississippi, with his band The Pepsteppers. Victor talent scout Ralph Peer enlisted Ming (along with his wife, Rozelle {1902-1983}, and brother Troy) after they auditioned for him in Tupelo, Mississippi, in 1928. Peer invited them to come to Memphis where he had a recording studio, and cut four sides at their only 78 RPM-era session. Ming continued to play local fairs and dances with a family band after the 78 RPM era, but had all but given up playing by the mid-1950's. He was 'rediscovered' (due to the efforts of Dave Freeman of County Records, who tracked Ming down in 1972) and the Ming band played the National Folk Festival in 1973 and the Smithsonian Festival of American Folklife in 1974, as well as recorded an album in 1975 (including "Charleston No. 2"). 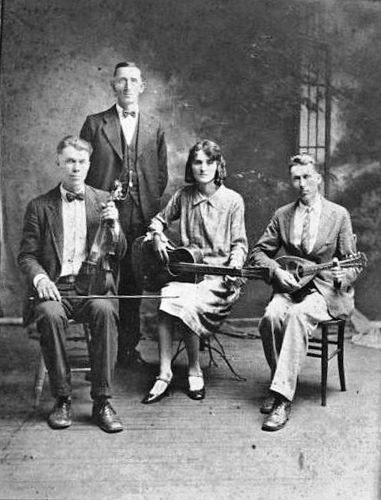 There is an assertion that "Charleston No. 2" is the "Silver Star Hornpipe," however to my ear it does not sound similar to the tune of the latter title printed in Ryan's Mammoth Collection (1883).

Back to Charleston No. 2