Back to Clare's Dragoons

CLARE(S) DRAGOONS. AKA and see "Willie was a Wanton Wag." Irish, Scottish, English; Polka. D Mixolydian ('A' part) & D Major ('B' part) [Carlin]: D Major [Mallinson]. Standard tuning (fiddle). AABB. County Clare takes its name from the 12th century leader of a Norman conquering expedition, Gilbert de Clare, nicknamed Strongbow. See note for alternate title. A version of the melody is also the vehicle for the Scots song "Happy We've Been A' Thegither." The tune is very similar to "Vive La!", used for an Irish rebel song of 1798. 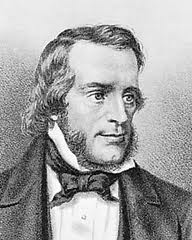 “Clare’s Dragoons” is a song by Thomas Osborne Davis (1814-1845), a poet and patriot who was born in Mallow, Co. Cork. Davis became a lawyer and immersed himself in Irish politics and literature, writing numerous essays and poems for The Nation. His songs, including “Lament for Owen Roe O'Neill (The)”, “Clare's Dragoons”, “A Nation Once Again,” “The West's Asleep,” and “My Grave” are still popular. “Clare’s Dragoons”, printed in The Nation around 1840, is an ode to the Irish units—including Clare’s Dragoons”--who fought on the Continent, often in the service of France.

When, on Ramillies' bloody field,
The baffled French were forced to yield,
The victor Saxon backward reeled
Before the charge of Clare's dragoons.
The flags we conquered in that fray,
Look lone in Ypres' choir, they say,
We'll win them company today,
Or bravely die like Clare's dragoons.

The song was also adapted for an American Civil War song from c. 1862, “The 12th Regiment, New-York State Militia,” a stirring lyric along the lines of “Clare’s Dragoons,” that boasted of besting the ‘rebels’ and ‘traitors’ in the American South.

Recorded sources : - Topic TSDL1502/Green Linnet GLCD 3092, Bernard O'Sullivan & Tommy MacMahon - "Clare Concertinas" (1975. Appears as one of "Stack Ryan's Polkas," named for the musician from whom it was learned).

Back to Clare's Dragoons