Climbing Up the Golden Stair

Find traditional instrumental music
This is the stable version, checked on 25 September 2022.
Jump to: navigation, search

Back to Climbing Up the Golden Stair

CLIMBING UP THE GOLDEN STAIR(S). AKA and see "Reel à Manda," "Reel de Pâques." American; Song and Reel. D Major. Standard tuning (fiddle). AABB. This air and song, an 1884 composition by F. Heiser, is from the American minstrel repertoire and passed into fiddling tradition. Unfortunately, the words are rather patently racist. "F. Heiser" was a pseudonym for journalist and prolific songwriter Monroe H. Rosenfeld (1861-1918) of Richmond, Virginia, according to Sigmund Spaeth (A History of Popular Music, 1948, p. 231). In addition to his numerous popular songs, Rosenfeld is credited with coining the phrase Tin Pan Alley to describe the world of composers and publishers of popular music. There was a singing dance call to the tune. 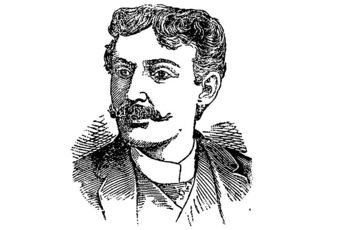 Then hear them bells a-ringing,
'Tis sweet I do declare.
Oh hear them darkies singing,
Climbing up the golden stairs. (Ford)

Back to Climbing Up the Golden Stair