COLONEL SIR ROBERT H. DICK'S MARCH. Scottish, March (cut time). G Major. Standard tuning (fiddle). AAB. Composed by Perhshire fiddler-composer Duncan McKercher, the "Dunkeld Paganini." Robert H. Dick (1787-1846) was a Scottish solider whose family was from Dunkeld, Perthshire. He entered the British Army in 1800 at the age of 13, serving in the 75th Regiment, and was lieutenant in the 42nd Regiment of Foot in 1804. He served as an officer in the 42nd Regiment of Foot in the Peninsular War and fought at Buçaco, Fuentes de Oñoro, and Salamanca. He distinguished himself at Quatre Bras and Waterloo. In 1837, he was promoted to be major general, and in 1841–1842 was acting Commander-in-Chief at Madras, India. In 1846, he assumed command of the Third Infantry Division in the Sikh War. Dick fell mortally wounded whilst leading the 3rd Division of the Army of the Sutledge to a second charge on the Sikh entrenched camp at Sobraon on 10 February 1846. 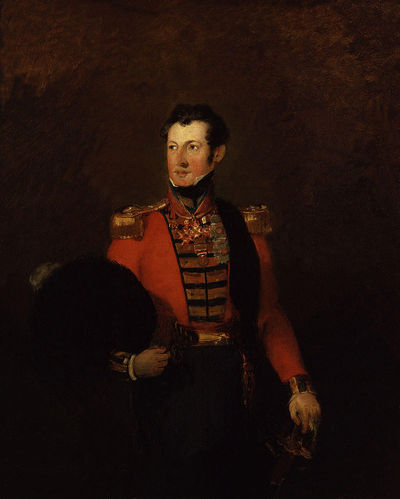