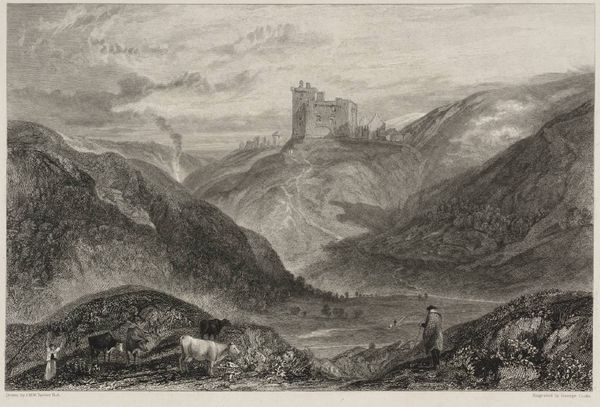 The castle, which has extensive views over the Tyne valley, was used in the filming of "Rob Roy." Originally a tower dating from the late 14th century, it was consolidated and extended to include a keep and gatehouse, as well as improving the tower in the in the early 15th century by Sir William Crichton, who also built the Collegiate Church nearby. This same Sir William was involved in a gruesome murder. King James II was a child of six when crowned in 1437, and the kingdom required a regent. Archibald, 5th Earl of Douglas and head of the powerful Black Douglases, was appointed, however, he died but two years later, resulting in a grab for power between the Douglases, Sir Alexander Livingstone and Sir William. The latter two invited the new Earl of Douglas, then only sixteen years old, to dine along with his brother and a friend at Edinburgh Castle. At the end of the meal the head of a black bull was brought to the table, and this was the signal for the three to be murdered.