Back to Culloden House (1) 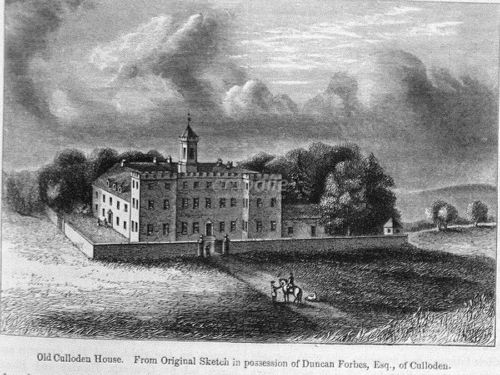 At the time of the battle of Culloden in 1746, Culloden House was known as Culloden Castle and was owned by Duncan Forbes, a lawyer and President of the Court of Sessions and a Hanoverian supporter. In October 1745, a contingent of Clan Fraser, led by Fraser of Foyers, made an unsuccessful attempt to capture Forbes, but as he was away from home they had to content themselves with plundering the house and estate. In 1745/46 Inverness, not far from Culloden House, was the main Jacobite base for the later stages of the 1745 Rebellion. Culloden Castle, as it was known then, was an ideal place for Bonnie Prince Charlie to spend several nights there before the battle of Culloden on 14 April 1746. Duncan Forbes died in 1747 and was never fully recompensed by the government for his efforts against the Jacobite Rebellion.

Back to Culloden House (1)