Find traditional instrumental music
This is the stable version, checked on 5 July 2020.
Jump to: navigation, search

Back to Cupid's Garden

CUPID'S GARDEN. English, Country Dance Tune (3/2 time). G Major. Standard tuning (fiddle). AABB. "Cupid's Garden" first appears in print as a longways dance ("for as many as will") in Henry Playford's Dancing Master, 7th edition, 2nd supplement (1686), and in all subsequent editions of the long-running series through the final, 18th edition of 1728 (then published by John Young in London). Playford also printed it in his Apollo's Banquet, 5th edition, 1687. It also appears in all three volumes of London's Walsh publishing company's Compleat Country Dancing Master (1718, 1731, 1754). 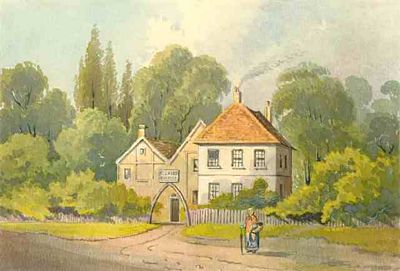 Of this [i.e. the untitled Orkney tune identified as a "Cupid's Garden" variant] Colonel Balfour remarks that neither name or words have been left. It is however well known as the tune of the old song "Cupid's Garden"--one of the most generally known of the traditional songs according to Chappell. The title is a corruption--and a pretty one--of Cuper's Gardens, a once famous place of amusement on the Surrey side of the Thams opposite Somerset House. The gardens were opened in 1678, but tune and song are probably of a later date. The gardens were finally closed in 1753. The song generally opens:

The gardens had originally been opened by Boydell Cuper and had walks, arbors and a bowling green, and, from 1738, musical performances and fireworks displays were featured. The gardens became extremely popular but they also gained a notoriety as 'Cupid's Gardens'.

Back to Cupid's Garden