Find traditional instrumental music
This is the stable version, checked on 31 January 2021.
Jump to: navigation, search

Back to Dashing White Sergeant (1) (The)

DASHING WHITE SERGEANT [1], THE. AKA and see "Highland Reel," "Old Yet New Quadrille Second Figure." English, Scottish, Irish, American; Country Dance Tune, Reel or Hornpipe. F Major (Ashman, Athole, Hunter): G Major (Mattson & Walz, Milne, Roche, Ford): D Major (Kennedy, Kerr, Martin, Sweet). Standard tuning. AB (Ford, Mattson & Walz, Milne): AAB (Kennedy): AAB (Ashman): AA'B (Athole, Hunter, Kerr, Martin, Sweet): AABB (Roche). The Dashing White Sergeant is the name of a specific social (ceilidh) dance in Scotland, a reel-time circle dance. J. Scott Skinner, who in his younger days (before earning fame as a violinist and composer) was a country dancing master, taught a progressive longways country dance by that name, one of the few in his mostly North-East (Scottish) repertoire. Tunes associated with the dance are the namesake tune, along with "My Love is but a Lassie Yet (1)" and "Rose Tree (The)," although, as Christine Martin (2002) points out, any reel or polka will do. Alternate 32-bar tunes are sandwiched in between "The Dashing White Sergeant" played at the beginning and end. 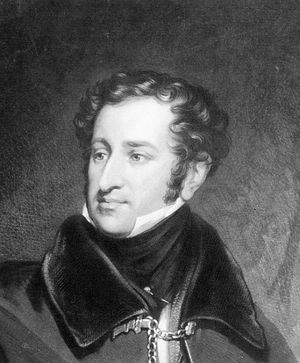 The tune of "The Dashing White Sergeant" is derived from a song of the same name, written by an English musical composer, conductor and arranger Sir Henry Rowley Bishop [1] (1786–1855) and published in the mid-1820's. Apparently the song was to be part of one of Bishop's operas, although there is no evidence it ever actually made it into one. Rowley Bishop, who had a long run with various works in the London theaters and was the first musician to be knighted, is perhaps nowadays more famous for his composition "Home Sweet Home." In his lifetime he composed some 120 dramatic works, including 80 operas, light operas, cantatas, and ballets. He is also remembered for his appointment to the Reid Professorship of Music at Edinburgh University, a post he assumed but which he declined to give any lectures in support of--as consequence of which he was invited to resign two years later [David Murray, Music of the Scottish Regiments, Edinburgh, 1994, p. 210]. Afterwards he was appointed Heather Professor of Music at Oxford University, a post he held for five years.

The words to the song are sometimes attributed to General John "Gentleman Johnny" Burgoyne (1722–1792), who surrendered a British army at Saratoga during the American Revolution. Burgoyne himself, after his military career (which did not end at Saratoga), became a fixture of English society and a playwright himself. The lyric goes, in part:

The lyrics make more sense when you understand that the singer is a woman, whose thought it is to dress as a 'dashing white sergeant' to follow her lover in the army, a not-uncommon 18th and 19th century theme. Another set of lyrics (relatively modern, and which scan better with the melody) are by Scottish conductor Sir Hugh S. Roberton, and go:

Now the fiddler's ready, let us all begin,
So step it out and step it in
To the merry music of the violin
We'll dance the hours away.

Perhaps because of the title the tune was quick to enter British military repertoire as a march, where it was the regimental march of the former 49th Princess Charlotte of Wales's (Hertfordshire) Regiment of Foot and its successor, the Royal Berkshire Regiment (sometimes called the 49th/66 Regiment of Foot). The units were amalgamated in 1881. "The Grenadier Guards," records David Murray [Music of the Scottish Regiments, Edinburgh, 1994, p. 210], "play it for the Advance in Review Order, with which maneuver ceremonial inspections used to conclude. It was also briefly the march past of the 2nd battalion The Suffolk Regiment at some period before 1898, when both battalions changed to 'Speed the Plough'."

In America the song was published on a songsheet by Baltimore publisher George Willig (c. 1825, as sung by "Miss Stephens"). The melody was quickly adapted for dancing, however, and, for example, appears in Francis Johnson's A Choice Collection of New Cotillions for the Piano Forte No. 8 (Philadelphia, c. 1824) [Keller et al: Early American Music and its European Sources, 1589–1839]. The melody was nearly as popular in America as it was in England, although the Burgoyne connection is largely unknown (if true), and also entered martial repertoire at the military academy at West Point, New York, where it is still played during commencement week. The tune appears as the second figure of the "Old Yet New Quadrille," printed in Frank Roche's Collection of Traditional Irish Music vol. 3 (1927, No. 195).


Hear the tune played by Honeyman's Fiddlers (Cameron Brothers) from Angus, Scotland, at the Internet Archive [3]

Back to Dashing White Sergeant (1) (The)