Destruction of the Bastile

Back to Destruction of the Bastile

DESTRUCTION OF THE BASTILE. Scottish, March (2/4 time). G major. Standard tuning (fiddle). AABBCAABB. The Bastille [1] was the hated state prison used by the Kings of France that was stormed by an aroused populace in July, 1789. It's capture and eventual destruction became a potent symbol of the French Revolution. It was also the source of some considerable anxiety among the nobility of other countries in Europe, Britain included, lest the 'popular contagion' spread to their lands. 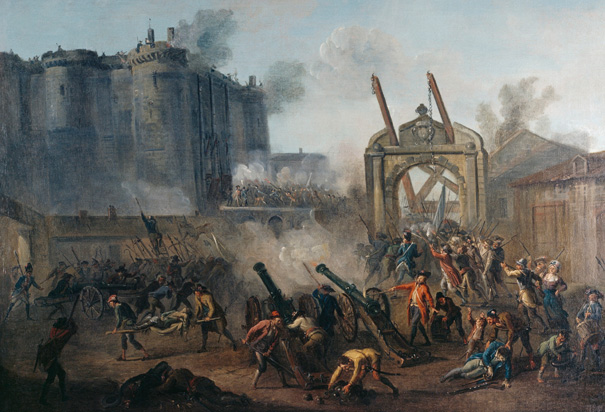 Storming the Bastille
Watlen notes it was "Perform'd by Mr. King," referring to a member of the equestrian company at the Edinburgh circus in the 1791 season who specialized in dancing on horseback[1].

Back to Destruction of the Bastile