Back to Dill Pickle Rag[edit] 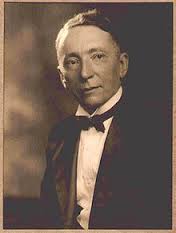 "Dill Pickles" is one of his most famous compositions (and a personal favorite of the composer), recorded over thirty times on 78 RPM recordings. The piece obtained its title when Johnson was working at Carl Hoffman Music Company. Johnson was polishing his newly composed piece at work, when the company's bookkeeper inquired as to its title. Noticing that the clerk was carrying a carton of pickles for his dinner, Johnson relied, "I'll call it Dill Pickles Rag" (Jasen and Tichenor, Rags and Ragtime: A Musical History, 1978, p. 39). It was fairly quickly absorbed into old-time tradition due to the many available recordings. The title appears in a list of "traditional" Ozark Mountain fiddle tunes compiled by musicologist/folklorist Vance Randolph, published in 1954.

"Dill Pickle" was learned by itinerant West Virginia fiddler John Johnson (1916-1996), originally from Clay County, from fiddler Dorvel Hill who lived in a coal-mining town called Pigtown, not far from the town of Clay, W.Va.

I was bashful back then and wouldn't go in anybody's house hardly. I'd sit on the railroad and listen to Dorvel play the fiddle at night. And I learned most all of Dorvel's tunes. I just set down there and listened to all his tunes and then go home and play them. (Michael Kline, Mountains of Music, John Lilly ed. 1999).

Back to Dill Pickle Rag[edit]