Back to Dixie Blossoms 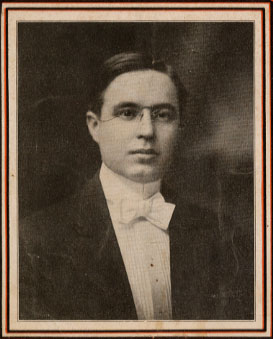 DIXIE BLOSSOMS. AKA - "Chicken Pie." American, Country Rag, Two-Step or Song Tune. G Major. Standard tuning (fiddle). AA'BB'. The tune was remembered by fiddler Art Galbraith as dating to around 1916, and was "a perennial favorite of his mother" (Reiner & Anick). Beisswenger & McCann add that it was played by a cousin for Galbraith's who fought in World War 1. Galbraith also recalled "Byron Kelly, an old bass player, the only black man left in Christian County, used to be a professional, he liked this one a lot"[1]. "Dixie Blossoms" is a composition by ragtime and song composer Percy Wenrich (1887-1952) who composed it in 1906 as "Dixie Blossoms March-Two-Step." He was also the composer the music of "Put on Your Old Grey Bonnet" (1909) and the ragtime melody "Peaches and Cream" (1905), among many others, and was known for incorporating "folk" elements in his tunes[2]. Wenrich was born in Joplin, Missouri (he was known as "The Joplin Kid"), but moved to Chicago in 1901, and in 1909 removed to New York where he had a long and successful career in Tin-Pan-Alley. However, his early influences were from his mother, an accomplished amateur pianist, and from the booming club and music scene in Joplin, home to several important ragtime composers and performers, black and white. A similar tune is "Chicken Pie," collected in Reynolds County, Missouri, however, it is not the "Chicken Pie" in Marion Thede's book, which is an unrelated tune.

Back to Dixie Blossoms