Back to Dogger Bank (The)[edit]

DOGGER BANK, THE. English, Country Dance Tune (2/4 time). C Major. Standard tuning (fiddle). AABB. Dogger Bank is a shallow area in the North Sea, and is a productive fishing bank. The name comes from dogger, an old Dutch word for fishing boat, especially for catching cod. A battle between the British and Dutch fleets was fought there in August, 1781, when the Dutch, who had been blockaded by the British for helping the French and Americans during the War of American Independence, sought to break out with a merchant fleet escorted by warships. The battle itself was inconclusive, but served its strategic purpose for Britain, for the Dutch merchant operations remained crippled. 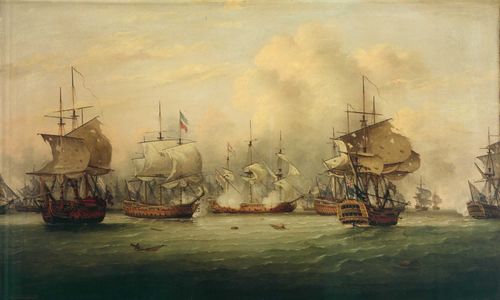 The Battle of Dogger Bank

Back to Dogger Bank (The)[edit]