Back to Donald Dinnie 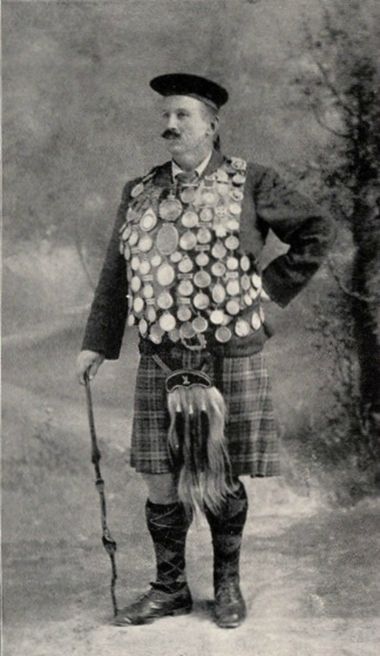 Dinnie has been recognized as one of the greatest athletes of the nineteenth century, with an athletic career that spanned over 50 years, and over 11,000 successful competitions in the sprint, hurdles, long and high jump, pole vault, putting the stone, hammer throw, tossing the caber and wrestling.

W.D.J.'s first stanzas reveal that not only was Dinnie a champion athlete, but was also an accomplished Highland dancer:

Likewise he can puit an' wrestle--
Ay! wi' ony in the ring;
Foot the boards at Ghillie Callum,
Hullichan, an' Highland Fling.

Back to Donald Dinnie