DUKE OF LEINSTER [1], THE (Diúc Laighean). AKA and see "Dandy Reel (The)," "Margaret Collins' Reel." Irish, Reel. G Major. Standard tuning (fiddle). AB (Breathnach, Miller & Perron, O'Malley): One part (Allan's): AAB (Flaherty): AA'B (O'Neill): AABB (Mulvihill): AA'BB' (Tubridy). The 1st Duke of Leinster was James Fitzgerald, the father of Lord Edward Fitzgerald, one of the leaders of the Irish rebellion of 1798, later betrayed and murdered. James was a member of the "Patriot's Party" in the pre-Union Irish Parliament, and married Emily Lennox, one of four Lennox sisters who were all interesting characters. Emily herself had radical tastes, although James is reported to have been quite dull. Paul de Grae reports that "she employed a tutor, William Ogilvie, to educate her children on Rousseau-esque principles at their house, Frescati, in Blackrock, County Dublin (the house was demolished, amidst much controversy, in the 1970s). After the death of her husband Emily scandalised genteel opinion by marrying Ogilvie." Researcher Conor Ward finds the earliest appearance of this tune to be in the 1883 Stephen Grier manuscript of County Leitrim, where it was entered under the title "Lord Wellington's Reel" (see "Lord Wellington (1)"). 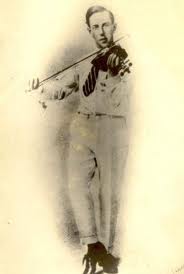 See also "Duke of Leinster's Wife (The)" (AKA "Ladies' Pantalettes (1) (The)"), often paired with this tune, as for example, by Sligo/New York fiddler Michael Coleman (1891-1945) who recorded the set in a fiddle duet with County Longford fiddler Packie Dolan (1904-32) in May, 1927 (as "The Duke of Leinster, And His Wife"). Famed County Sligo fiddler James Morrison recorded the "Duke of Leinster" in a duet with uilleann piper Michael Carney. The latter gave émigré Morrison lodging in New York City, when the fiddler arrived from Ireland. However, the earliest extent sound recording was captured on a cylinder recording by Capt. Francis O'Neill c. 1904, from the playing of renowned uilleann piper Patsy Touhey. It was recorded in 1923 by Drumlish, County Longford, melodeon player Frank Quinn (1893-1964), finds researcher Conor Ward, albeit as "Margaret Collins' Reel." 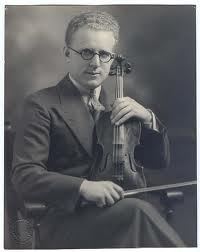 "Dandy Reel (The)," printed by O'Neill, is a version of this tune.