Back to Duke of Richmond's March[edit]

DUKE OF RICHMOND'S MARCH Scottish, March (whole time). D Major. Standard tuning (fiddle). AABB. The Duke of the title was probably Charles Lennox (1764-1819), 4th Duke of Richmond, 4th Duke of Lennox, 4th Duke of Aubigny, a Scottish soldier and politician and Governor General of British North America. He was a keen cricketer and fought a few duels, one with Frederick, Duke of York, the second son and child of King George III (perhaps cognizant of this, Aird printed "Prince Fredrick's March" on the same page as "Duke of Richmond's March"). In 1815, Richmond's wife, Lady Charlotte Gordon, gave the famous ball the night before the Battle of Quatre Bras for the officers of the armies pitted against Napoleon. The even was immortalised by Thackery in Vanity Fair. In 1818 Richmond was appointed Governor General of British North America, and the following year while touring Upper and Lower Canada he was bitten on the hand by a rabid fox. Richmond contracted the disease, and died soon afterwards. 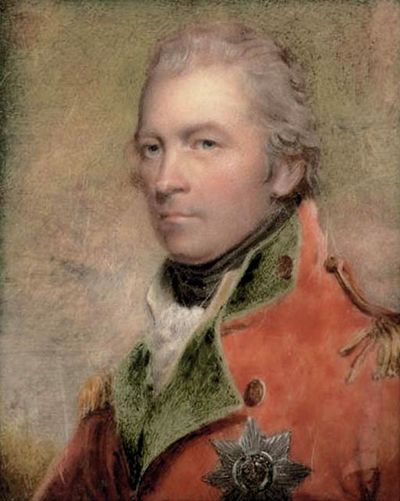 Back to Duke of Richmond's March[edit]