Earl of Breadalbane's Hermitage (The)

EARL OF BREADALBANE'S HERMITAGE. AKA - "Earl of Breadalbane('s Reel)." Scottish, Reel. E Minor. Standard tuning (fiddle). AB (Surenne): AAB (most versions). Composed by Niel Gow (1737-1807). The first Earl of Beadalbane was the 17th century Campbell knight Sir John of Glenorchy (1635-1717), a supporter of William of Orange and infamous for his emasculation of the Highland clans as well as his hand in the massacre of Glencoe. 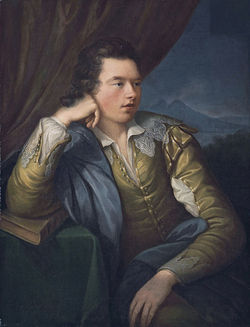 However, Gow entitled the tune after John Campbell, 4th Earl of Breadalbane (1762-1834), made Baron Breadalbane of Taymouth Castle in 1806, and Marquis in 1831. In January 1782, aged 19, Campbell succeeded his kinsman in the earldom of Breadalbane and Holland. This was a Scottish peerage and did not entitle him to an automatic seat in the House of Lords. However, in 1784 he was elected as one of the sixteen Scottish Representative Peers to sit in the House of Lords. The same year he was appointed a Fellow of the Royal Society. Breadalbane was a member of the Highland Society when they met in London in 1786 to discuss encouragement of Scottish projects. During the course of the meeting he happened to mention that 100 people from MacDonald of Glengarry's estates were planning to emigrate, and the meeting quickly focused on how to keep the Highland population from leaving by promoting industry in Scotland and raising money for the purpose. A public notice to this effect was soon placed in the Edinburgh Advertiser. When the poet Robert Burns heard about the proposal he dashed off an irate condemnation in verse, called "Address of Beezelbub," berating the plan which he saw as a way to keep in oppression a Highland population in search of freedom. The great Highland piper Colin Mór Campbell was piper to John Campbell, 4th Earl, on the latter's western estates at Ardmaddy in Argyllshire, when he wrote his Nether Lorn manuscript, a classic of Scottish piping. It was to the Earl of Breadalbane that Malcolm MacDonald dedicated his second collection (1789), and the Countess of Breadalbane to whom he dedicated his fourth collection, further indicating the Campbells were important patrons of Scottish music.

The 'hermitage' of the title refers to a small forest or wood that was planted specifically to grow certain types of trees, reveals Richard Allardice. The most famous hermitage in Scotland is Dunkeld hermitage, over 400 years old (see note for "Dunkeld Hermitage").