Earl of Crawford (The)

Back to Earl of Crawford (The)[edit]

EARL OF CRAWFORD, THE. Scottish, Reel. A Major. Standard tuning (fiddle). AB (Martin, Neil): AAB (Hunter). The melody was composed by self-taught fiddler Peter Milne (1824-1908), one of J. Scott Skinner's teachers and fellow-performers, who played on theater circuit until his opium addiction (brought on by taking laudanum prescribed for rheumatism) reduced him to busking on the ferry-boats crossing the Firth. Neil (1991) relates that one Earl of Crawford was vanquished in a 1452 battle with the Earl of Huntly, for which the latter was rewarded by the King in recognition "for keeping the crown on our head." Crawford was supposed to have "wished to have seven years in hell to have the honourable victory that had fallen the the Earl of Huntly that day," however, it came at no mean cost to Huntly for two of his brothers had been slain on the field. 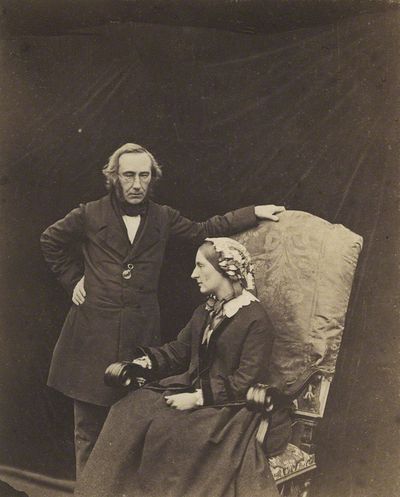 The 25th Earl and Countess of Crawford

It seems more likely that composer Milne was honoring a later, more contemporaneous Earl of Crawford, perhaps Alexander Lindsay [1], 25th earl of Crawford (1812-1880), a Scottish peer, art historian and collector. His father had put forward a claim to the title in 1843, which had been left dormant when a former Earl died childless in 1808. In 1848 the House of Lords allowed his petition, and proclaimed him the twenty-fourth Earl of Crawford. The 25th Earl, Alexander, traveled widely and wrote several books on art and genealogy. He died in 1880 in Florence, Italy and his coffin was brought home for burial in a new family crypt at Dunecht House, near Aberdeen. Some time afterwards the body was stolen and eventually recovered from a shallow grave 14 months later. The Earl's remains were found however, and were reburied in the family vault in Wigan. A local poacher was convicted of grave-robbing.

Back to Earl of Crawford (The)[edit]