Back to Earl of Eglinton (1)[edit]

EARL OF EGLINTON [1]. Scottish, Strathspey. E Major (Gow, Kohler): D Major (Bland & Weller). Standard tuning (fiddle). AAB. Composed by Nathaniel Gow, perhaps in honor of Archibald Montgomerie, the 11th Earl of Eglinton (1726-1796), a career army officer. Montgomerie joined the British army in 1742 and made major-general in 1772; subsequently a lieutenant general in 1777 and a general in 1793 (as well as colonel of the Scots Greys-the concurrent army rank of general and the regimental one of colonel were entirely compatible in the British army). He and saw service in North America, fighting in the French and Indian War (participating, with George Washington, in Forbes' expedition against Fort Duquesne in 1758), and in the Anglo-Cherokee War of 1760. Prior to leaving for America, early in 1757, Montgomery raised a regiment from the Highlands, which was known as Montgomerie's Highlanders, or the 77th Highland Regiment (one of whose 30 pipers was Neil MacArthur, from the famous piping family of the Western Isles). The regiment saw service against the French and Indians in North America, including Nova Scotia and Newfoundland, and in the Carribean against the Frency at Dominique, Martinique and Havannah. When hostilities ended in 1763 an offer was made to the officers and men of the regiment to settle in America or return to their own country, with land being granted in proportion to their rank. Many of the men who stayed subsequently fought for the Loyalist side in the American Revolutionary War. 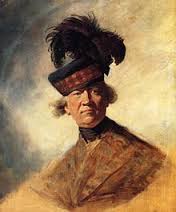 Montgomerie returned to Scotland in 1761 and stood for Parliament, serving in the House of Commons from 1761-1768. In 1769 he received the Earldom upon the death of his brother, Alexander, who was shot and killed in a dispute with an excise officer about the latter's right to bear arms on the Earl's grounds. After his elevation, Archibald moved to the House of Lords and served from 1776-96, and was Lord Lieutenant of Ayrshire from 1794-1796. The Gow's wrote and published numerous melodies for the Earl and family, ending with "Nathaniel Gow's Lament for (Hugh) Earl of Eglintoun" in his Sixth Collection (Edinburgh, 1822). Hugh, the 12th Earl of Eglinton, was third cousin to Archibald and inherited his title.

Back to Earl of Eglinton (1)[edit]