Earl of Fife's Birth Day (The)

Find traditional instrumental music
This is the stable version, checked on 17 June 2021.
Jump to: navigation, search

Back to Earl of Fife's Birth Day (The) 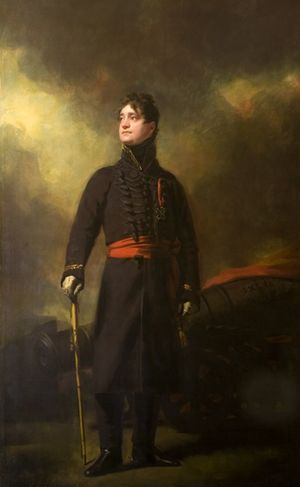 James Duff, 4th Earl of Fife, by Henry Raeburn.
EARL OF FIFE'S BIRTH DAY, THE. Scottish, Strathspey (whole time). A Minor. Standard tuning (fiddle). AAB. "Earl of Fife's Birth Day" was composed by Elgin fiddler, composer and music teacher James Taylor. At the time of publication of Taylor's first volume, c. 1835, the earl was James Duff, 4th Earl of Fife (1776-1857), who succeeded to the title in 1811. Duff was educated in Edinburgh but not intended for the military. He married in 1799 at age 23, but his wife died six years later without children, and, as a distraction Duff volunteered to the Spanish for service in their struggle against the forces of Napoleon. He was made a major-general by the Spanish and served with distinction, and was twice severely wounded in action. He was elected MP for Banffshire in 1818, and in 1827 retired to Duff House, Banffshire, where he pursued agrarian interests.

Duff also had a penchant for the opera, and particularly young female dancers:

...he had lavished much money and attention on Mademoiselle Noble, who 'gave so much satisfaction to the habitues of the pit', and whom he had taken under his wing in Paris after the war. 'Fife combined moral laxity and financial extravagance with seriousness of mind and concern for the welfare of the tenants and labourers on his extensive estates in north-east Scotland. . . According to Captain Gronow's doubtless embroidered account, he 'spent a fortune upon her; his presents in jewels, furniture, articles of dress, and money, exceeded 40,000 pounds. In return for all this generosity Lord Fife asked nothing more than the lady's flattery and professions of affection. . . On his return to London, the old roue would amuse George IV with a minute description of the lady's legs, and her skill in using them. Horses' legs are frequently the cause of the ruin of members of our aristocracy, but in the case of Lord Fife, the beautiful shape of the supporters of Mlle Noblet had such an effect upon the perfervidum ingenium Scoti, that he from first to last spent nearly 80,000 pounds on this fair daughter of Terpsichore[1].

His birthday was on October 6th.

Back to Earl of Fife's Birth Day (The)