Find traditional instrumental music
This is the stable version, checked on 5 March 2020.
Jump to: navigation, search 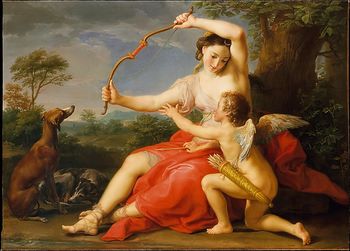 Caoimhin Mac Aoidh explains the title is an English version of the Gaelic name Diseart Nuadhain, a placename in north Roscommon which can today be found in the form of Estersnow (or Diseart Nuadhan, St. Nuadha's Hermitage), a Boyle rural district. Mac Aoidh states that Petrie appears to have literaly translated the English back into Irish as "Sneachia Casga" as an alternate title. The same air is to be found in Brendan Rogers manuscript collection (in the Irish Traditional Music Archive) noted from the performances of attendees at the Feis Ceoil competitions held in Belfast in 1898 and 1900. The musical family the Dohertys of Donegal had a different air by the same title, and the great Donegal piper, Tarlach Mac Suibhne, played a different air than the Dohertys. Mac Suibhne's playing of "Easter Snow" was recorded by the Dublin Evening Telegraph in 1897, when he was one of seven pipers at the first Feis, held in that city (the title in the newspaper was "Sneachta na Casga"). Finally, regarding this tune, Mac Aoidh notes that fiddler John Doherty personified "Easter Snow" as a woman, Ester Snow, whom he maintained was over six feet tall, very beautiful, and had skin as white as snow (leading to her name). Paddy Tunney, on his album "The Stone Fiddle" wrote:

Fair maid I cried, your love I crave for Cupid is a cruel foe
I'll roll you in my morning cloak and I'll bring you home to Easter Snow
Go home, acquaint your parents and indeed kind sir, I'll do the same
And if both our parents give consent neither you nor I will bear the blame...... [from the singing of Mrs. Brigid Tunney]

A shepherd boy from Estersnowe meets a girl similar to a goddess and, pierced by an arrow of Cupid, falls madly in love; he would like to take away with him the beautiful as a bride ipso facto, but she prefers to wait to get the consent of both parents. The "cultured" quotation to Diana, Venus and Cupid, gods of ancient Rome, as well as the rhymes kissed, make us assume that the text was written by a school teacher (many were in the villages of the countryside, to delight in writing and singing what have become the songs of popular tradition).
The genre takes up the poetic theme of medieval troubadours called "reverdies" in which the poet meets a beautiful woman who symbolizes Spring. This poetic genre celebrates the arrival of summer and the blossoming of love, but more often in the Irish tradition the woman more or less veiledly depicts Ireland.