Back to Edinburgh Volunteer’s March (1)[edit]

EDINBURGH VOLUNTEER'S MARCH [1]. Scottish, March (whole time). G Major. Standard tuning (fiddle). AABB. The Edinburgh Volunteers [1] were a militia unit formed in 1794 by gentlemen citizens of the city in response to the threat of invasion from France, and from the necessity to free up regular army units for service overseas. The volunteers were to serve locally, and duties included garrison and crowd control, but they spent most of their timein drills and reviews. 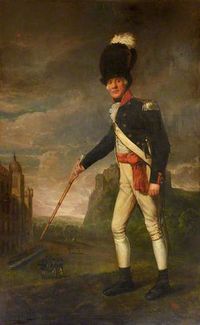 Back to Edinburgh Volunteer’s March (1)[edit]