Find traditional instrumental music
This is the stable version, checked on 16 April 2020.
Jump to: navigation, search

Back to Edward Corcoran 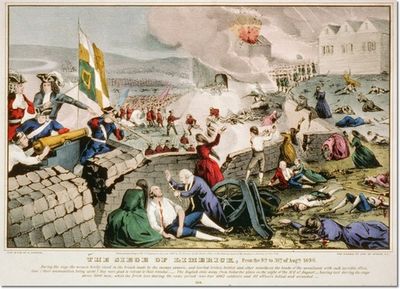 EDWARD CORCORAN (Éamonn Ua Corcáin). AKA - "Planxty Corcoran." Irish, Air or Planxty (6/8 time). D Minor. Standard tuning (fiddle). AB (O'Neill): AABB (Complete Collection). Composed by blind Irish harper Turlough O'Carolan (1670-1738). Francis O'Neill printed the tune as "Planxty Corcoran," but left no note regarding where he obtained the title. However, O'Sullivan (1958) believes that it is "not unlikely" that it was in praise of Edward Corcoran, as Carolan's poem to him survives and scans to it. The exact Edward Corcoran to whom the tune was dedicated has never been identified, and O'Sullivan posits some possibilities (p. 233). One Corcoran branch was County Donegal family of note during Carolan's time, while Carolan's poem suggests that Edward was a son of Henry, and that he distinguished himself in the Siege of Limerick. O'Sullivan believes he "probably lived somewhere between Grange and Gallen, i.e. in County Sligo." The air should sound "Animated," directs O'Neill.

Additional notes
Source for notated version : - "Set in Munster. From Mr. Kelly" [Stanford/Petrie]. Petrie notes that Kelly was "assistant to Mr. Griffith on the Ordnance Valuation of Ireland, by whom it was copied, at Listowel, from a ms. book of Irish tunes written by Mr. John Shannon, or Shanahan, of that town, who obtained it from Roche, a distinguished fiddler of the county of Kerry. The name of the tune , or, in other words, the name of the person in whose honour, according to Carolan's custom, it was composed, yet remains to be discovered; but there can be no uncertainty as to its being a genuine composition of our last distinguished minstrel; and, however it may be estimated by others, I confess that it appears to me to be one of the finest examples preserved to us of his peculiar genius in this class of graceful and spirit-stirring tunes."

Back to Edward Corcoran