Back to Egham Races 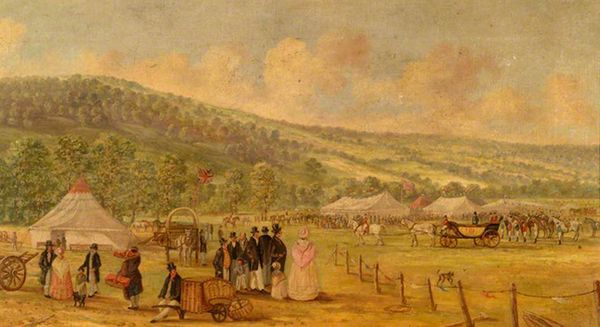 William IV Arriving at Long Mede, Runnymede at the Point of the One Mile Winning Post, by John Spoade.

Egham at one time held horse races which took place at the Runnymede meadow, which interfered with the Inclosure Act of 1814 (54 G. III, c. 153) and the consequent award made in 1817, which divided up the meadow, as the Act stipulated that any enclosures which should interfere with the holding of Egham races at the end of August upon its usual course must be removed every year. In 1836 the races were presided over by William IV, who gave a plate to be run for at the meeting, which coincided with festivities at Windsor for his daughter's marriage. The races ceased in 1884.

Back to Egham Races