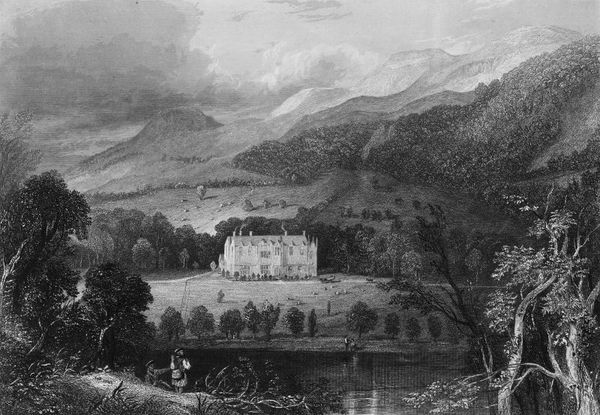 The location of the house was considered one of the finest in Perthshire, commanding a magnificent view,--"wild and strange and romantic, picturesque, in the common acceptation of the term, yet rarely so disposed as to admit of being forced into a picture;--

Faskally house was built by Archibald's grandfather, and received various embellishments and additions, particularly by Archibald around the time of McKercher's publication. The house had kept grounds and a fine sloping lawn in front that ran down to the River Tummel, which was joined at the spot by the Garry, a little distance below a Fall. The name ‘Faskally’ is derived from the Gaelic and means ‘Stance by the Ferry’, and it is probable that a small ferry over the River Tummell would once have operated near the site. It was also likely a resting place for Highland cattle drovers going to markets in the south. 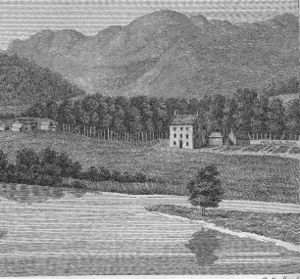