Find traditional instrumental music
This is the stable version, checked on 6 March 2021.
Jump to: navigation, search

Back to Flying Clouds (2)

FLYING CLOUDS [2]. AKA - "Flying Cloud Cotillion." American, Reel (cut time). USA, North Carolina. G Major ('A' part) & D Major ('B' part) {sounds in 'F' on the Rambler's recording as the fiddle was either tuned down and played in the positions of keys of G and D, or the recording speed was off). The North Carolina Ramblers lineup for this recording was fiddler Posey Rorer (1891-1936, from southwestern Virginia), Rorer's brother-in-law Charlie Poole on banjo, and Roy Harvey on guitar. Rorer was with the band from 1925 to 1928, when he left after a dispute about royalties, and was replaced by fiddler Lonnie Austin. Rorer played with other bands for several years, though none achieved the success of the North Carolina Ramblers, until he was forced by the Great Depression in 1936 to take a day job as a woodcutter fro the Works Progress Administration (WPA). He died in June of that year of a heart attack. 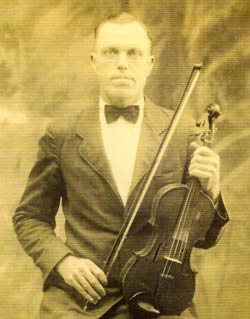 Back to Flying Clouds (2)