GENTLE ANNIE. American, Air (whole time). USA, West Virginia. G Major. Standard tuning (fiddle). AB. A song written and composed in 1856 by American songwriter Stephen Foster [1] (1826-1864) that entered instrumental tradition in America and abroad. Foster was the youngest son of a large Scots-Irish family from the Pittsburgh, Pa., area, and the melody may or may not have Irish ancestry ("I won't see you anymore my dear" [2], recorded by Derry fiddler Eugene O'Donnell in 1978 is a similar melody. One source, West Virginia fiddler Oscar Wright, learned it from his mother, never knew it was originally a song. Researcher Conor Ward finds the tune among those entered into the c. 1883 music manuscript collection (2nd ms., no. 21) of fiddler Francis Reynolds, of Gaigue, Ballinamuck, County Longford, Ireland. 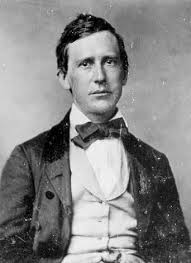 There is speculation about the identity of 'Annie'--Foster's cousin, a friend, a grandmother--but no firm conclusion.