GEORGE REID. Scottish, Strathspey. E Minor. Standard tuning (fiddle). AA'B. Composed by Alexander Walker for George Reid "of Messrs. B. Reid & Co., Aberdeen," a senior partner of the firm of Benjamin Reid & Co., seedsmen, nurserymen, and agricultural implement makers, of Aberdeen. Now known as the Ben Reid Company, it survives to this day as one of the leading nursery and garden supply outlets in the city. Walker, in his capacity of gardener for Sir Charles Forbes at Castle Newe, would have been familiar with the business and its owners. 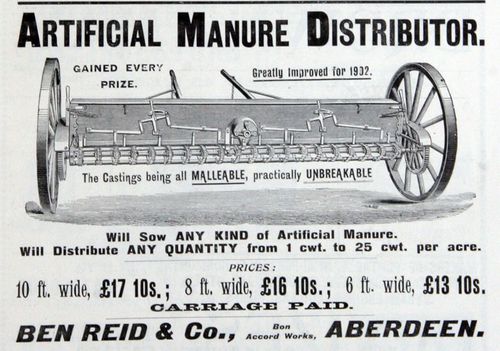 Walker was born in Rhynie, Strathbogie, Aberdeenshire in 1819. He was an inventor (of surveying instruments, for example), agriculturalist, fiddler and composer of works collected in a volume published in Aberdeen in 1866. He was employed as a gardener for Sir Charles Forbes at Castle Newe, who was also his patron. While in Scotland he took a wife, Jean (11 years his junior), and at age 40 became father of a daughter, Maggie, followed by three sons (Charles, Alexander and George—Charles perhaps named after Sir Charles Forbes). Walker knew a young J. Scott Skinner, who was employed as a dancing master for the tenantry of the Queen’s residence at Balmoral, and co-wrote a tune with him. Walker himself played in bands for entertainments given by the Royal Family [Allan Thomas, A New Most Excellent Dancing Master’’’, 1992 ].