GIORNOVICHI. AKA and see "German Nice," "Jarnovich's Reel." Scottish, Reel. F Major. Standard tuning (fiddle). AB. Giovanni Mane Giornovichi (1735-1804) was a late-Classical period composer, born in Sicily (some say in a ship off the coast of the country). He studied with Lolli and was a proficient violinist, and a very good composer who traveled the Continent widely. Unfortunately, Giornovichi did not possess an excess of good judgment and decorum to accompany his talent, and his life seems to have been one flight from scandal to another, propelling his wanderings. He spelled his name variously depending on the country he was in, and was also known as Giornovici, Jarnovich, and Jarnovic, and he was nearly as famous as a billiards player (by which he earned his living during fallow musical times). The composer was in London in the 1790's, but left for Russia by the end of the decade. He died there in 1804, reportedly immersed in a game of billiards. 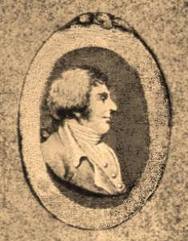 The melody was first published in Isaac Cooper of Banff's Collection of Strathspey's, Reels and Irish Jigs for the Pianoforte (c. 1806) as "Jarnovich's Reel." See also the version from 19th century fiddler Joseph Kershaw, northwest England, in his manuscript under the title "German Nice," obviously a miss-hearing of the 'Giornovichi' title.