GLAMMIS CASTLE. AKA - "Mr. Watlen's Favourite Strathspey." Scottish, Strathspey (whole time). C Minor. Standard tuning (fiddle). AAB. "Glammis Castle" was first published in dancing master and fiddler-composer Archibald Duff's Collection of Strathspey Reels &c. (1794), and presumably composed by him. Duff's alternate title was "Mr. Watlen's Favourite Strathspey," which may refer to Edinburgh musician John Watlen, who published several collections of Celebrated Circus Tunes in conjunction with the Royal Circus at Edinburgh in the 1790's. Glammis Caslte is located near the village of Glammis (pronounced “Glarms”) in Angus, Scotland, and has been in the hands of the Lyon family since the 14th century. Macbeth, that most cursed of characters, was Thane of Glamis. The present structure is dates largely from the 17th century. 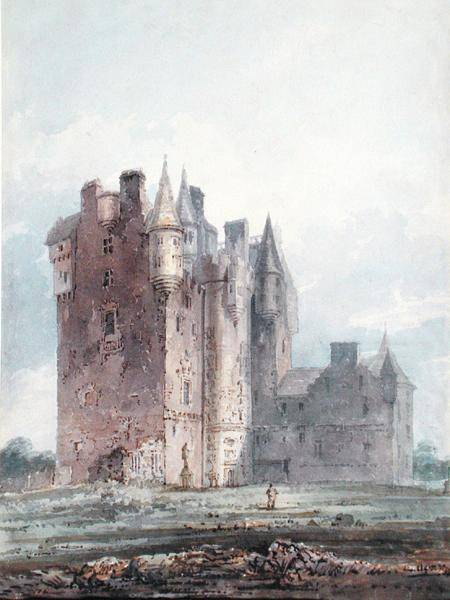