Find traditional instrumental music
This is the stable version, checked on 29 June 2020.
Jump to: navigation, search

Back to Gloster House 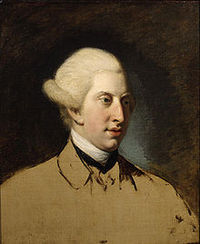 Gloucester House was a small London house named after Prince William Henry (1743-1805), Duke of Gloucester and Edinburgh (d.1805), who owned it, and who died in it. The front entrance was on Upper Grosvenor Street. William Henry was brother to King George III, and held honorary military titles, but he was most known for his secret marriage 1766 to Maria Walpole, the Dowager Countess of Waldegrave, an illegitimate granddaughter of Sir Robert Walpole. William Henry also had another residence called Gloucester House in the seaside resort of Weymouth on the south coast of England. King George spent some time there in 1789, recovering from porphyra, which, among other symptoms, causes mental disturbance.

Back to Gloster House