Find traditional instrumental music
This is the stable version, checked on 22 August 2019.
Jump to: navigation, search

Back to Going to Donnybrook

GOING TO DONNYBROOK (Ag imteacd go d'i domnac broc). AKA and see "Off to Donnybrook." Irish, Double Jig. G Major. Standard tuning (fiddle). AABB'. See also the 3rd part of the "King's Jig (2)." The melody appears as "Off to Donnybrook" in Ryan's Mammoth Collection (1883), and, even earlier, in the Gunn Family manuscripts of County Fermanagh, c. 1865, as "Humors of Donnybrook (2)." The jig has frequently been recorded by Cape Breton fiddlers. 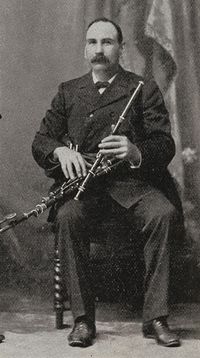 Source for notated version: - "Early" [O'Neill]. Chicago Police Sergeant and uilleann piper James Early was a member with Francis O'Neill of the Chicago Irish Music Club, and a highly esteemed musician by O'Neill and his peers. He was often the playing partner of fiddler John McFadden. Early hailed from Cloone, near Carrigallen, County Leitrim, born in the late 1840's where he learned to play the flute and fiddle, although he stopped playing when he came to America, still a boy. Later in life (after he joined the police force) he took up the pipes under the tutelage of his friend and relative, James Quinn, and it is through Early that many of Quinn's tunes made their way to O'Neill and were preserved.

Back to Going to Donnybrook