Good for the Tongue

Find traditional instrumental music
This is the stable version, checked on 20 July 2021.
Jump to: navigation, search

Back to Good for the Tongue 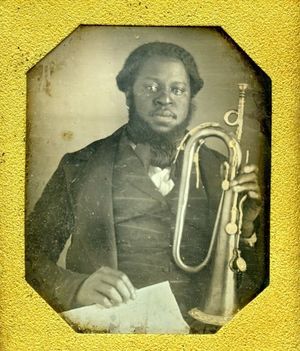 GOOD FOR THE TONGUE. AKA and see "Blueskin's Hornpipe," "Cincinnati (2)," "Clog double," "Jenkin's Hornpipe," "Stoney Steps (The)," "Stony Steps (The)," "Tumbler's Hornpipe (1)," "Washington Hornpipe (1)." American, Breakdown or Hornpipe. USA; New England, Nebraska, Missouri. B Flat Major (Christeson, Cole, Ford, Howe, Phillips, White): A Major (Silberberg, Songer). Standard tuning (fiddle). AB (Silberberg): AABB (most versions). The title and the melody's presence in Ryan's Mammoth Collection (1883) suggests this was once employed as a cornet or keyed-bugle showpiece, or a brass band tune (as was, for example, "Ned Kendall's Hornpipe"), a genre popular in the mid-19th century, and originally meant to be played on an instrument that featured the technique of 'tonguing' to articulate passages. However, English and Scottish sources ("Jenkins' Hornpipe") predate brass band usage, and it appears as an untitled tune in a manuscript from the North East of England dating the the early 19th century [1], set in the key of 'C'. The manuscript is signed "C.J. Surtees" but entries are in many hands. It was printed by London publisher James Alexander in his Alexander's 50 New Scotch & Irish Reels & Hornpipes (c. 1826), attributed to the mysterious "W.J." who is credited with a half-dozen tunes in the publication, and who may be the editor of the volume. The volume was edited by a "professional musician," who is presumably "W.J." himself. Missouri fiddler Cyril Stinnett (1912–1986) thought it one of the more difficult tunes in his repertoire. Northwest U.S. fiddlers have changed the original key to A major. See Montreal fiddler Joseph Allard's (1873-1947) version as "Clog double." See also the closely related tune "White Fish in the Rapids."

Back to Good for the Tongue