Goose and Gridiron (The)

Back to Goose and Gridiron (The)[edit]

GOOSE AND THE GRIDIRON, THE. English, Country Dance Tune (6/8 time). A Major. Standard tuning (fiddle). AABB. This jig was originally published in Charles and Samuel Thompson's Twenty Four Country Dances for the Year 1768 and subsequently in their Compleat Collection of 200 Favourite Country Dances, vol. 3 (London, 1773). As with many of the tunes from the Thompson's 1773 collection, it was entered into the 1788 music copybook of fiddlers John and William Pitt Turner (Norwich, Conn.). Fredrick Hackwood, in his book Inns, Ales, and Drinking Customs, originally published in 1909, has this to say about the curious title (p. 291): 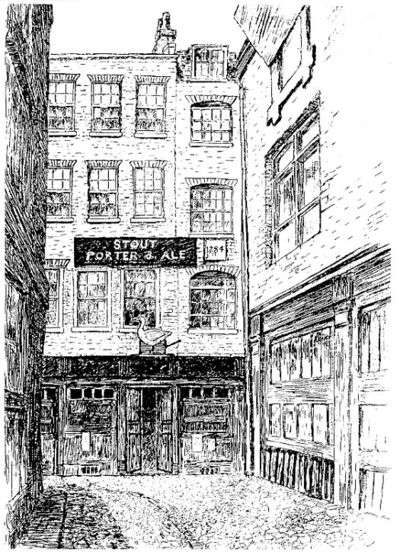 The Goose and Gridiron

The 'Goose and Gridiron' was a queer (inn) sign at the corner of St. Paul's Churchyard, which had supplanted the original one of the 'Mitre'. Previously to the destruction of this house in the Great Fire (of London), the Society of Musicians had long been accustomed to hold their concerts in it. When the premises was rebuilt, after 1666, recognition of them as the headquarters of the society was made by displaying its badge, a lyre surmounted by a swan--a combination of emblems which the jokers were not slow to parody as the 'Goose and Gridiron'. As Ben Jonson justly exclaims-

"It even puts Apollo
To all his strength of art to follow
The flights, and to divine
What's meant by every sign." 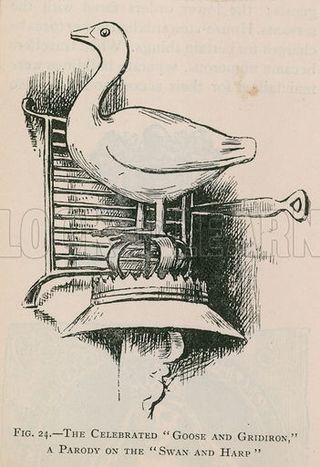 The Society of Musicians was the old musicians' guild of London, and when a new tenant took over the alehouse he embodied the jokers' parody of their swan-and-lyre badge in a eustacion over the entrance depicting a goose scratching at a gridiron. Actors and men of influence in the city frequented the establishment, which also served as one of the few Freemason's lodges remaining in England in the early 18th century. The establishment stood until the end of the 19th century, when it was demolished.

Back to Goose and Gridiron (The)[edit]