GOVERNOR TOMPKINS'S QUICK STEP. American, March (6/8 time). D Major. Standard tuning (fiddle). AABB. A patriotic composition by Charles P.F. O'Hara, who included eleven of his own tunes honoring American victories of the War of 1812, and politicians of the era, in his collection of mainly traditional Irish and Scotch tunes, sold from "his new music store" at No. 70 William Street, New York, "where may be had a great variety of the most ancient ahnd modern single songs. Also a general assortment of flutes, violins, tambarines, drums, and all other musical instruments." Geoff Hore [1] (2009) remarks: 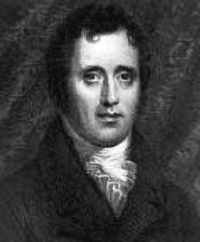 Daniel D. Tompkins [3](1774-1825) was the governor of New York from 1807-1817 and the vice president of the United States during the two terms of James Monroe (1817-1825). He was born in Scarsdale N.Y., graduated from Columbia College in 1795 and took up the practice of law in New York City. After a few years he became involved in politics and joined the Republican party, serving in Congress in 1804, although he resigned before his term was completed to accept appointment as an associate justice of the New York Supreme Court. He was elected Governor of New York state for four consecutive terms (which we for three years in those days), before his election as Vice President of the United States. Tompkins died at his home on Staten Island in 1825.

A schooner named "Governor Tompkins" was attached to Commodore Isaac Chauncey's squadron on Lake Ontario in November, 1812, and participated in the American raid on Kingston and the capture of York and Fort George the next year. A final engagement on Lake Ontario in September, 1813, resulted in the withdraw of the British squadron and established Chauncey's control over the easternmost Great Lakes. The "Governor Tomkins" resumed blockade duty at Kingston for the remainder of the war, after which it was laid up in the American base of Sackett's Harbor. She was sold 15 May 1815.