Find traditional instrumental music
This is the stable version, checked on 11 January 2023.
Jump to: navigation, search

Back to Happy Clown (The) 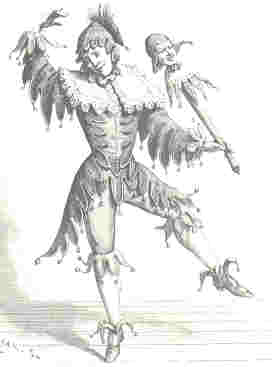 HAPPY CLOWN. AKA and see "I'm like a skiff on the ocean tossed," "One evening having lost my way," "Walpole," "Walpole or the Happy Clown." English, Air (6/8 time). E Flat Major (Chappell): G Major (Aird, Walsh). Standard tuning (fiddle). One part (Chappell): AB (Walsh): AABB (Aird). The tune appears in the 1718 and 1728 editions of Playford's Dancing Master, Walsh's Compleat Country Dancing Master, and many ballad operas and broadside sheets (often as "Walpole, or The Happy Clown"). Stenhouse (in commentary on the Scots Musical Museum) claims to have had a manuscript version from 1709. Allan Ramsay employed the air in Gentle Shepherd, and it was used as the vehicle for a song in John Gay's Beggar's Opera (1729, air XLVII), with words beginning "I'm like a skiff on ocean toss'd." Irish versions of the tune appear in Stanford-Petrie (Complete Collection, 1905, Nos. 1397 and 1398) under the title "Is Truagh Mar' Chonairc Mé Aén Bhean a-Ríamh" ('Tis pity I e'er saw a woman), in which two bars correspond to one bar in the older English sets.

Back to Happy Clown (The)