HEIRESS [2], THE. English, Country Dance Tune or Jig (6/8 time). A Major. Standard tuning (fiddle). AABB. The Heiress (London, 1786) a comedy in five acts and the most famous work by John "Gentleman Johnny" Burgoyne, the British general turned playwright, who had been defeated by the American army at Saratoga in 1777. Burgoyne also wrote political satire. The play was regarded by contemporaries and later critics as an authentic depiction of upper-class society of the period, and met with enthusiastic popular success. "The Heiress" ran for thirty performances at London's Drury Lane Theatre Royal in 1786, and remained popular in England and on the Continent for half a century; it also went through ten published editions in a year. 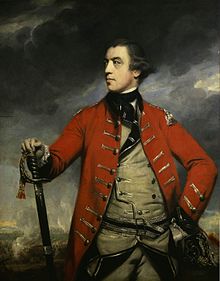 Lord, sir, nothing so easy as to bring every living creature in this town to the window; a tame bear, or a mad ox; two men, or two dogs fighing; a balloon in the air (or tied up to the ceiling, 'tis the same thing); make but noise enough, and out they come, first and second childhood childhood, and everything between.
Prompt to Lord Gayville in The Heiress' (1786), Act 1, Scene 2.