Back to Highland Lamentation (The)[edit]

HIGHLAND LAMENTATION, THE. Scottish, Air (3/4 time). D Major. Standard tuning (fiddle). AABBCCDD. The air is a composition of Scottish cellist and composer James Oswald [1] (1710-1769). John Glen (Early Scottish Melodies, 1900) suposes that, from the title, the tune must have been composed sometime in the decade after the suppression of the Jacobite Rebellion of Bonnie Prince Charlie (1745-46). 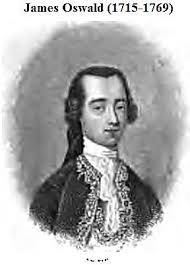 An song, "Young Damon," with words by Robert Ferguson, was set to the air and appears in Johnson's Scots Musical Museum.

Back to Highland Lamentation (The)[edit]