HODDOM/HODDAM CASTLE. Scottish, Slow Air (6/8 time). B Flat Major (Carlin): G Major (Gatherer). Standard tuning (fiddle). AABB. The melody was composed by Mr. (Charles) Sharpe of Hoddam as a slow air, although the tune is un-attributed in the Gows' Third Collection (1792), in which other tunes are attributed to Sharpe (for more on whom see "Mr. Sharpe's Delight"). Hoddam Castle [1] is in the vicinity of Lockerbie, Dumfriesshire, southwest Scotland. It was sold in 1690 to John Sharpe and remained in the family for several generations. 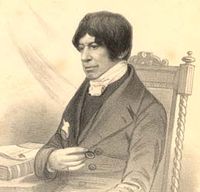 Antiquarian Charles Kirkpatrick Sharpe of Hoddom, son of Charles Sharpe the composer of the air