Find traditional instrumental music
This is the stable version, checked on 9 February 2021.
Jump to: navigation, search

Back to Home Sweet Home (1) 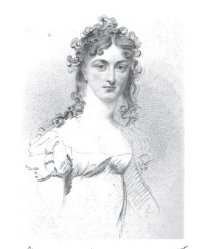 I was greatly interested in Mr. Marshall's notice of this popular melody, seeing that I was present in Covent Garden Theatre in 1822 when Miss Maria Tree (afterwards Mrs. Bradshaw) appeared as Clari, the Maid of Milan. I remember the exquisite pathos with which she sang the first verse, the breathless attention of the audience, and the burst of enthusiasm that followed, so that orchestra and singer had to wait before they could proceed with the second verse. The unanimous encore which escaped from every throat is something to be remembered. The song became immediately popular. It was sung in the streets, and pretty well in every household, and "There's no place like home" passed into a proverb.

As to the piece itself, I understood at the time that it was suggested by a a story written by Mackenzie ('The Man of Feeling') in which and Italian girl was lured from her home to London, and her father followed and discovered her by parading the streets of the West End, and playing on a hand-organ a tune the girl was accustomed to sing. The father in 'Clari' was played by an excellent actor named Fawcett (the original Captain Cobb to Charles Kemble's Merry Monarch), and his acting and that of Miss Tree were singularly effective.

I remember Sir H. Bishop, who adapted the air, and Planché, who adapted the piece. The former dressed plainly, the latter was a dandy of the period, wearing a double-breasted frock coat, the front of which was covered with an elaborate pattern in braid, and a tall chimney-pot hat, the sides of which curved inwards. 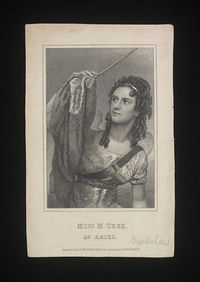 This popular and soon-familiar melody debuted in the 1820's and quickly was transformed into a waltz for dancing, as well as employed as a song and hymn tune. It shows up, for example, on a dance card for a "Grand Select Quadrille at City Hall, Lima, Ohio, on Thursday Evening, Jan. 13th, 1870." Because of its title it was used as a closing dance at "kitchen sweats," "shivarees" and similar gatherings to signal the end of the festivities (in which, traditionally since the latter 19th century, the closing tune was a waltz {in the Southwest and Mid-West as well as the Northeast}) [see also "Goodnight Ladies"]. Fiddler Kenner C. Kartchner remembered it being played as the closing dance from about the year 1900 on at Arizona dances.

The title appears in a list of tunes in his repertoire brought by Philip Goodman, the last professional and traditional piper in Farney, County Louth, Ireland, to the Feis Ceoil in Belfast in 1898 (Breathnach, 1997). While mostly traditional in his repertoire, Goodman regularly played several novelty or 'popular' tunes.

Fiddler Lisa Ornstein finds French-Canadian variants of the melody. Joseph Allard recorded a version in 1928, set as a reel entitled "Quadrille de chez nous (1)" (Our House/Home Quadrille), and again in 1945, this time as "Reel de Tadoussac." See also "Glise à Sherbrooke." Harry Smith (Folkways FA2952, 1952) writes of Breaux Fréres' Arcadian recording of the tune: "A well known popular song is here played in waltz time, a dance of much greater importance to the French speaking rural population. The freedom with which the melody is treated, particularly in incorporating long downward runs, is also very typical of Louisiana."

Back to Home Sweet Home (1)