Back to Hommage à Omer Dumas[edit]

HOMMAGE À OMER DUMAS. French-Canadian, Reel. A Major ('A' and 'B' parts) & A Minor ('C' part). Standard tuning (fiddle). AA'BBAA'CC'. Composed by accordion player Philippe Bruneau [1] (1934-2011), in honor of violinist, fiddler and composer Omer Dumas [2] (1880-1980). Dumas, originally from Montérégie, moved to Montreal with his family at age 17, where he polished his technique, practicing as an accompanist to silent films in the city's theaters in the early 20th century. He became well-respected interpreter of light classical music as well as traditional tunes, and was able to find his way into recordings, radio, and, toward the end of his career, on TV. 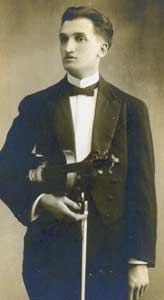 His group Omer Dumas and his Ménestrels were a popular ensemble who played much traditional music and who could be heard regularly for almost thirty years on the CBC radio program Réveil rural. 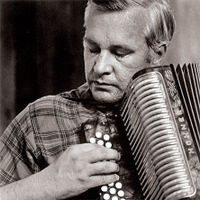 
See also listing at:
Hear the tune played by André Bouchard on youtube.com [3]

Back to Hommage à Omer Dumas[edit]