Back to Huntly Lodge (1)

HUNTLY LODGE [1]. Scottish, Strathspey ("Slow when not danced"). B Flat Major. Standard tuning (fiddle). AB. Composed by William Marshall (1748-1833). Huntly Lodge, Aberdeenshire, was one of the houses of the influential Gordon family, built in 1752 for the 4th Duke of Gordon, 7th Marquis of Huntly, on an elevated site near the ruins of Huntly Castle. Originally it had been the site of a shooting-box for the Duke. It was at Huntly Lodge in 1787 that the 75 Regiment was raised by the Gordons for service with the British army in the Far East; later it evolved into the 1st battalion of the Gordon Highlanders. The manor was renovated about the year 1800. After the death of the 5th Duke of Gordon it became the dowager Duchess's primary residence. The structure has survived, now converted into a hotel called the Castle Hotel . 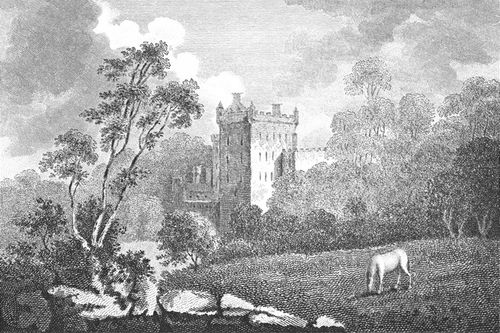 "Huntly Lodge" was not Marshall's original title for the tune. Marshall renamed many of his compositions when the title or its purpose (i.e. patronage) no longer suited him. The tune here was renamed for his 1822 collection when he "could not compose (a new tune) for Huntly Lodge that pleased me" (Alburger, 1983).

Back to Huntly Lodge (1)