I Do Not Incline

Back to I Do Not Incline[edit]

I DO NOT INCLINE (Ni mian liom). Irish, Air or Double Jig. G Major (Bunting, O'Neill): A Major (O'Sullivan/Bunting). Standard tuning (fiddle). AABB. O'Sullivan (1983) presumes the title to be the opening lines to a song but was not able to trace it. 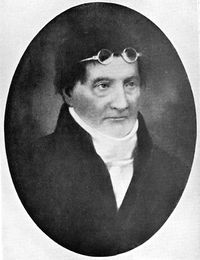 From a daguerreotype of Bunting in his late 60's, printed in Charlotte Milligan Fox's Annals of the Irish Harpers (London, 1911).

Source for notated version: The Irish collector Edward Bunting [1] (1773-1843) obtained the tune from J. McCracken, Esq., Belfast, in 1810. Bunting's realtionship the the McCraken family put him in proximity to the tumultuous politics of the day. Captain John McCracken was a shipowener, rope and cloth manufacturer in Belfast in the 18th century who married Ann Joy, daughter of Francis Joy, another prominent industrialist of the city. 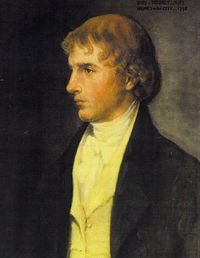 Their son, Henry Joy McCracken [2] (1767-1798), and daughter, Mary Ann McCraken [3], were both political activists and social reformers, both of whom had an abiding interest in the traditional culture of Ireland. The McCracken family helped to organize the Belfast Harp Festival in 1792, gathering all the harpers they could contact and who would journey to the event. They secured the services of a young Belfast classically trained musician, Edward Bunting (then aged 19) to transcribe and thus preserve the music heard. Henry later became a leader of the United Irishman, took part in the Rising of 1798, and, after the collapse of the rebellion, was tried and hanged in the city. Mary Ann McCracken continued to be a lifelong friend and adviser to Bunting, who stayed on at the McCraken household for thirty-five years, before he moved to Dublin. 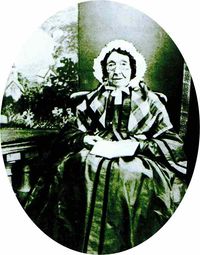 She continued to be politically active in a number of social causes until her death in 1866 (at age 96), and could be found at age 88 on the Belfast docks handing out anti-slavery pamphlets to passengers on ships bound for America.

Back to I Do Not Incline[edit]