In the Style of an Opera Dance

Back to In the Style of an Opera Dance[edit]

IN THE STYLE OF AN OPERA DANCE. Scottish, Jig. D Major. Standard tuning (fiddle). AABBCCDD. Composed by Mr. Nisbet of Dirleton. William Nisbet (1747-1822) was an East Lothian landowner and army officer who married Mary Manners, daughter of Lord Robert Manners, and grand-daughter of the Duke of Rutland. Their only child and daughter was Mary Nisbet (b. 1778) of Dirleton, Countess of Elgin, who is partly responsible for bringing the frieze sculptures of the Parthenon, later known as the Elgin Marbles, to England. 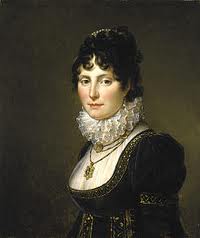 In 1784 William acceded to the barony of Dirleton upon the death of his father, also William. The Nisbets were hugely wealthy, and at her birth Mary became one of the richest heiresses in the world. The family seat was the manor of Archerfield, in Dirleton, some eighteen miles east of Edinburgh. Father William was an amateur musician who was a member of the Edinburgh Musical Society for much of his life. See the note for "Tail Todle/Tail Toddle" for more on Nisbet.

Back to In the Style of an Opera Dance[edit]