Find traditional instrumental music
This is the stable version, checked on 15 January 2020.
Jump to: navigation, search

Back to Iowa Center 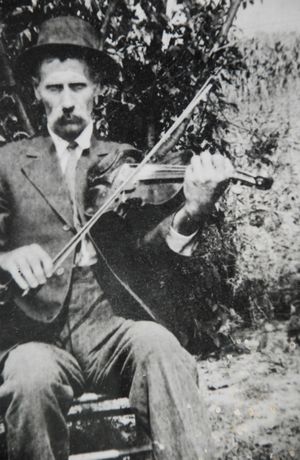 Source for notated version: - Clyde Davenport (Monticello, Wayne County, Ky., 1990), learned from his father, Will Davenport [Titon]. Fiddle and banjo player Will Davenport was born in 1876, the son of Francis Marion Davenport who also was a fiddler. Clyde also had three brothers who played the fiddle. The family band was in demand for dances when he was younger; Clyde played the banjo while the brothers played fiddle.

Back to Iowa Center