Find traditional instrumental music
This is the stable version, checked on 18 May 2020.
Jump to: navigation, search 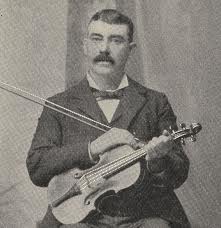 Additional notes
Source for notated version : - "McFadden" [O'Neill]. Chicago fiddler John McFadden was born in the 1850's in the townland of Carrowmore, near Westport, County Mayo. His father and brother were also fiddlers, from whom John learned much of his repertoire. He did not read music, but rather had a large store of tunes learned aurally and was adept at picking up near tunes quickly by ear. He was also known for his variation playing and for being a practical joker.