Find traditional instrumental music
This is the stable version, checked on 24 August 2022.
Jump to: navigation, search

IRISH GIRL [5], THE (An Cailín Gaelach). AKA and see "Daisy Field (The)," "Wild Irishman (3) (The)." Irish, Reel (cut time). D Major. Standard tuning (fiddle). AB (Breathnach): AA'B (Prior). Francis O'Neill gives the title of the reel as "Daisy Field (The)"/"Daisy Fields (The)," in his Dance Music of Ireland (1907). "Irish Girl (5)" was recorded in 1935 by fiddler James Morrison (originally from County Sligo), and, earlier, in 1929 by fiddler and singer James "Packie" Dolan (1904-1932, born near Ballinamuck, County Longford) as the first tune in a medley released under the title "Irish Girl" (see "Irish Girl (8) (The)" for the 2nd tune in a medley). The eldest of nine children, Dolan learned to play from his father (also a fiddler), and emigrated to the United States in 1919 where he became a plumber. He formed a band called Packie Dolan and His Boys (which included fiddler Hugh Gillespie) and cut two dozen sides in just a few years. His promising career was cut short when he died after the ferry to Ricker's Island in New York Harbor that he was working on sustained a boiler explosion. Sixty-seven other workers also perished in the accident. 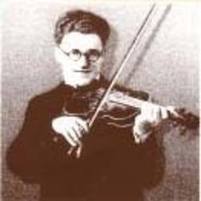 County Slipo/New York fiddler James Morrison recorded the tune for Columbia Records in 1935, the first of a set of reels, followed by "Musical Priest," and "Lord Wellington (2)." A single reel, "The Irish Girl" repeats each strain only once, also to be found in O'Neill's "Daisy Field" version.