Back to Jack Wilson

JACK WILSON. Old-Time, Breakdown. USA, Kentucky. D Major. Standard tuning (fiddle). AABB (Titon): AA'BB' (Molsky). The tune is originally from Kentucky fiddler John Salyer (1882-1952), although it has deviated from his version through the "folk process," along with the fact that his 1941 recording, a fiddle/banjo duet, was such that the fiddle is difficult to hear. Salyer was recorded in the field during 1940-1941 in Magoffin County, Kentucky. 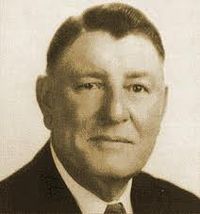 Back to Jack Wilson