Back to Jimmy's Favorite Jig[edit]

JIMMY'S FAVORITE JIG. Canadian, American; Jig. USA, New England. Canada; Ontario, Québec, Prince Edward Island. G Major. Standard tuning (fiddle). AABB (Jarman, Sannella): AABB' (Perlman): AA'B'B' (Bégin/Girdwood): AA'BB'A" (Bégin/Bruneau). The tune has been credited to Manitoba fiddler Andy Dejarlis [1] and to Toronto fiddler Jim Magill (1905–1954, born in Northern Ireland), although the preponderance of evidence seems to be that it is a Magill composition. It is credited to Magill in the 1952 book that bears his name published by the Jarman company; however, every tune contained in it is attributed to Magill, even tunes that were known not to have been composed by him. The tune has been widely disseminated among Canadian musicians (and is sometimes mistaken for a tune from the Maritime Provinces) and American contra-dance musicians. 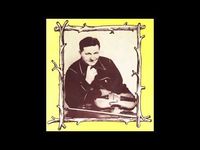 Back to Jimmy's Favorite Jig[edit]