Find traditional instrumental music
This is the stable version, checked on 23 March 2021.
Jump to: navigation, search

Back to Judge Parker

JUDGE PARKER. AKA - "Old Judge Parker." AKA and see "Judge Parker Take These Shackles Off of Me," "Take the Shackles Off," "Take Your Shackles Off of Me." American, Reel (cut time). USA, Oklahoma, Texas. G Major. Standard tuning (fiddle). AABB (Thede): AA'BB' (Beisswenger & McCann). The infamous "Hanging Judge," Isaac Charles Parker, of Fort Smith, Arkansas, in the twenty-one years between 1875 and 1896 sentenced 164 men to the gallows. A United States District Judge for part of Arkansas and about 70,000 square miles of untamed land to the west (at that time including the Indian Territory which later became the state of Oklahoma), his was the sole court for the region until 1889, when it became possible to appeal to the United States Supreme Court. The Parker name became iconic for judges, and was used frequently to represent hard justice; thus the tune title probably does not refer to Isaac Parker himself, with the plea "Judge Parker, Take These Shackles Off of Me" being condensed to "Judge Parker". 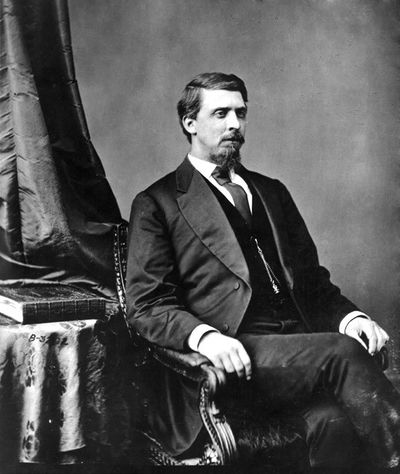 As with many American fiddle tunes, variants are sometimes quite distanced from one another. The first strain of Dick Hutchison's blues-tinged version (see Milliner-Koken) is similar to the second strain of Frank Maloy's version (Devil's Box), but the other strains diverge.

Back to Judge Parker