Back to Kendal House

KENDAL HOUSE. English, Country Dance Tune (2/4 time). B Flat Major. Standard tuning (fiddle). AABB. The melody, like many in Charles and Samuel Thompson's 1757 collection, first appeared in John Johnson's Choice Collection of 200 Favourite Country Dances, vol. 6 (London, 1751). The tune also appears in the 1788 music manuscript copybook shared by John and William Pitt Turner, of Norwich, Conn. Kendal House, Isleworth, Middlesex, was the residence of the rather notorious Ermengarde de Schulenburg (1667-1743), Dutchess of Kendal, and mistress of King George I, with whom she had three illegitimate children. She had been maid of honor to Sophia, Electress of Hanover, and began her affair with George while they were still in Germany (where he was the Elector of Hanover). Sophia and George divorced in 1694, and she was kept imprisoned for the rest of her life, while the mistress accompanied him to England. Ermengarde arranged an introduction with a youthful Horace Walpole and the monarch, and was uncharitably described by the former as "a very tall, lean, ill-favoured old lady." In Germany she was called "The Scarecrow" and in England, "The Maypole." Upon her death, Kendal House became a public park or place of amusement, where one could fish on the grounds, stroll among tree-lined rural paths and formal gardens, and enjoy entertainment in the house itself, which boasted a well-lit longroom of some sixty feet for dancing. 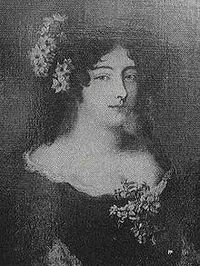 Back to Kendal House